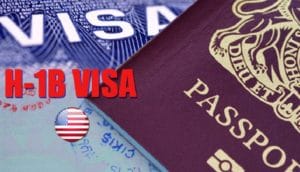 Through August 2017, U.S. Citizenship and Immigration Services (USCIS) issued more than 85,000 RFEs for H-1B petitions overall, an increase of 45 percent over the previous year and the highest since 2009.

“Last year’s H-1B cap season was a major change for many employers,” said Justin Storch, manager of agency liaison at the Council for Global Immigration, an affiliate of the Society for Human Resource Management. “Prior to last year, H-1B RFEs were relatively rare for many employers, but now they are the new norm. In addition to RFEs, some employers are now seeing H-1B denials for the first time ever.”

USCIS issued second RFEs in many cases, a step previously reserved for the rarest of circumstances, said David Grunblatt, a partner in the Newark, N.J., office of law firm Proskauer. “In cases where all of the issues were not included in the original RFE, some were issued a second RFE. It appeared that USCIS officers were learning new ways to apply the executive order and related training.”

These requests for more information are no trifling matter. “It is important for employers to consider the full impact that RFEs might have on their workforce. RFEs will delay approvals, which in turn could delay start dates,” Storch said.

As employers prepare for this year’s April 2 filing deadline, they should pay extra attention to the following issues immigration experts say  most commonly result in RFEs.

“The most common form of RFEs seen recently are those related to whether a job qualifies as a ‘specialty occupation,’ particularly when it is associated with an entry-level wage,” Storch said. “While this is most common for jobs such as computer programmer and computer systems analyst, we have seen this issue pop up in any number of occupations.”

The H-1B visa is generally reserved for jobs that require at least a bachelor’s degree. Last year “there was a tightening of what occupations qualify, as USCIS issued RFEs questioning the job classification and whether a degree was required for the role,” Grunblatt said. “Employers should evaluate whether the role and job description for the foreign national is one that requires a bachelor’s degree as a minimum to enter the occupation.”

Ashley Knowland, an attorney with Global Immigration Associates, a law firm affiliated with immigration services provider Envoy, based in Chicago, advised filing detailed job descriptions that outline what the worker will be doing daily. “Include all technical skills that highlight the fact that the job can only be done by someone with a certain level of education.”

Job descriptions need to be as specific as possible and be very closely related to the Standard Occupational Classification (SOC) code that is used on the petition’s labor condition application, said Beth Carlson, an immigration attorney and counsel in the Minneapolis office of law firm Faegre Baker Daniels. “Employers should review the job details, tasks and technologies as part of the SOC code and try to incorporate these items into the employee’s job description, if possible. Including special skills, technologies and possible coursework related to the job can be helpful to the specialty occupation argument.”

USCIS has been questioning whether foreign nationals’ degrees and experience qualifies them for the job. Specifically, “USCIS focused on cases where the degree was not clearly related to the occupation or where the foreign national did not have an equivalent of a U.S. degree,” Grunblatt said.

“The education of the H-1B worker must match the requirements of the job and the fields of study must be specific to the job opportunity,” said Sari Long, an attorney with Faegre Baker Daniels, based in Washington, D.C. “In the past, ‘close enough to the related field’ might have been OK to gain approval, but this is no longer the case.”

Long explained that if the foreign worker has a degree in an unrelated or a somewhat-related field but many years of work experience in a field related to the job, the employer should obtain an evaluation that determines that the education plus the work experience is equivalent to the requirements requested by the position.

“In addition to obtaining a credentials evaluation, the employer will also want to show in the company support letter why the background of the H-1B worker qualifies and is acceptable to the job opportunity,” she said.

USCIS is pushing back against petitions listing Level 1 and even Level 2 wages, defined by the Department of Labor (DOL) as entry-level and above entry-level but not experienced, respectively.

“At the root of statements by the Trump administration is the premise that only positions that pay high wages are those that should qualify under the H-1B category,” Carlson said. “This means that USCIS will continue to issue RFEs and question employers that are paying lower salaries—even if the position clearly requires a bachelor’s degree or higher and would meet the specialty occupation standard.”

“This can be a very fine line to draw, as an employer cannot detail that the entry-level position is so complex that USCIS would then take the position that it is too complex to warrant a Level 1 or Level 2 wage,” Long said. In other words, employers will have to demonstrate that the position is complex enough to qualify for an H-1B, but still suitable for Level 1 or Level 2 wages.